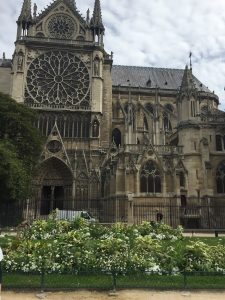 Marsha, my wife and I disagree about how big our next house needs to be. I think a three bedroom, two bath, 1,600 square foot house would be perfect.  She wants less of a carbon footprint and loves the “tiny house” movement. What is the ideal house size for two people?

While there’s been a lot of publicity and interest in the tiny house movement, which refers to houses 400 square feet and smaller, in actuality houses continue grow. The average new house built in the United States has grown from 1,660 square feet in 1973 to the current average of 2,680 square feet. So what is the ideal California house size? Let’s explore.

In the 1930s houses in Santa Barbara were much smaller. Large families were often raised in small houses. Many houses were around 1,100 square feet and featured three bedrooms, one bathroom and small closets. The Marine Terrace houses on the Mesa as well as houses in San Roque and Samarkand were good examples of these small dwellings. While the majority of these houses have been remodeled and enlarged over the decades, homes in Santa Barbara city are still smallish compared to other parts of the country.  A 1,700 square foot house in Santa Barbara is considered a reasonably sized home.

House size in Goleta has likewise evolved over the decades. Construction started in the late 1950s and early 1960s on the mountain side of Goleta, in the housing tract known as El Encanto Heights near Dos Pueblos High School. This tract was built in several phases. The first phase was close to Calle Real. These houses were three bedrooms and two baths with around 1,250 square feet. The houses built in the later phases expanded to 1,400 square feet or more.

Neighborhoods started to complain during the real estate boom years of 2003 through 2007. Homeowners were creating “McMansions” in neighborhoods with traditionally smaller homes. It’s true that the older smaller homes were growing, and some were out of place, but it also reflected homeowners’ growing desire for more living space. Tastes and life styles had evolved. There was a desire for more electronics, office space, multiple bathrooms and larger kitchens to name a few of the changes.

On the other hand, there’s the tiny house movement. Tiny homes range from 100-400 square feet. These homes are part of a “simplify your life” design. While this movement has generated a lot of publicity, I don’t think many families are rushing to live in a match box.

So how much space does a person or family need? How much do we really use? Studies have shown that houses should have at least 400 square feet per habitant to be comfortable. Buy enough space to feel like you have the space you need, but not so big that you feel lost. Buy the right sized house and it’ll become your home.