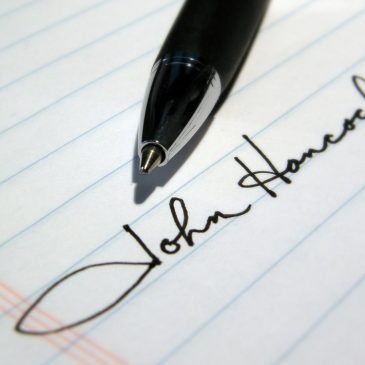 Marsha, I’m currently in a contract to purchase a home in Santa Barbara. The good news is all the paperwork is being signed electronically. The bad news is there is so much of it! Just when I think I’ve signed everything I possibly could, my agent emails me another stack of documents. Why all this overkill for signatures?

In today’s real estate world, files for a single transaction are at least two inches thick and often thicker. According to the Statute of Frauds, real estate contracts must be in writing. Contracts must identify the property, state the terms of the agreement and be signed by both parties. The majority of the documents are disclosures, and unfortunately they are vital in today’s litigious world.

But what constitutes a signature in today’s electronic world? The answer to this is constantly evolving. I’m not an attorney, so please consult a real estate attorney for advice and information about a specific transaction.

In the 17th century, England passed the Statute for the Prevention of Frauds and Perjuries. The English wanted orderliness and peaceful transfer of property. It was not in the public’s best interest to have hearsay and confusion when deciding who sold what, to whom, when and for how much.

A version of the Statue of Frauds exists today in 48 states. The statute applies to real estate in many ways. As I said real estate contracts must be in writing, but what counts as “writing” has evolved over time. Over the last three decades, we’ve seen universal acceptance of fax machines in real estate, as well as email, texts, e-signatures and other platforms of communication.

In 2000, Congress passed the Electronic Records in Global and National Commerce Act, commonly known as E-sign. Courts began to be deluged with cases questioning whether a signature in writing really occurred. More and more courts deemed e-signatures in many different formats to be as valid as handwritten signatures.

One of the latest and most fascinating cases was discussed in the May 20, 2016, edition of Lexology, an online legal newsletter for business and legal professionals. In an article titled “Texts that Bind: Text Messages May Form Binding Real Property Contract,” writers from the law firm Goulston & Storrs described how a Massachusetts Land Court judge found that text messages between two commercial real estate brokers formed a binding legal contract for the principals.

That’s right, I said text messages! Disputes often occur when agents exchange emails that discuss terms and price. An email “contract” is formed. If the seller receives a higher offer he may deny the email’s validity, and try to renege on the email contract. Courts tend to uphold email contracts. Now text messages appear to be binding as well…at least in Massachusetts. It’s a brave new world we are living in, but at least we don’t have to sign hundreds of documents by hand!